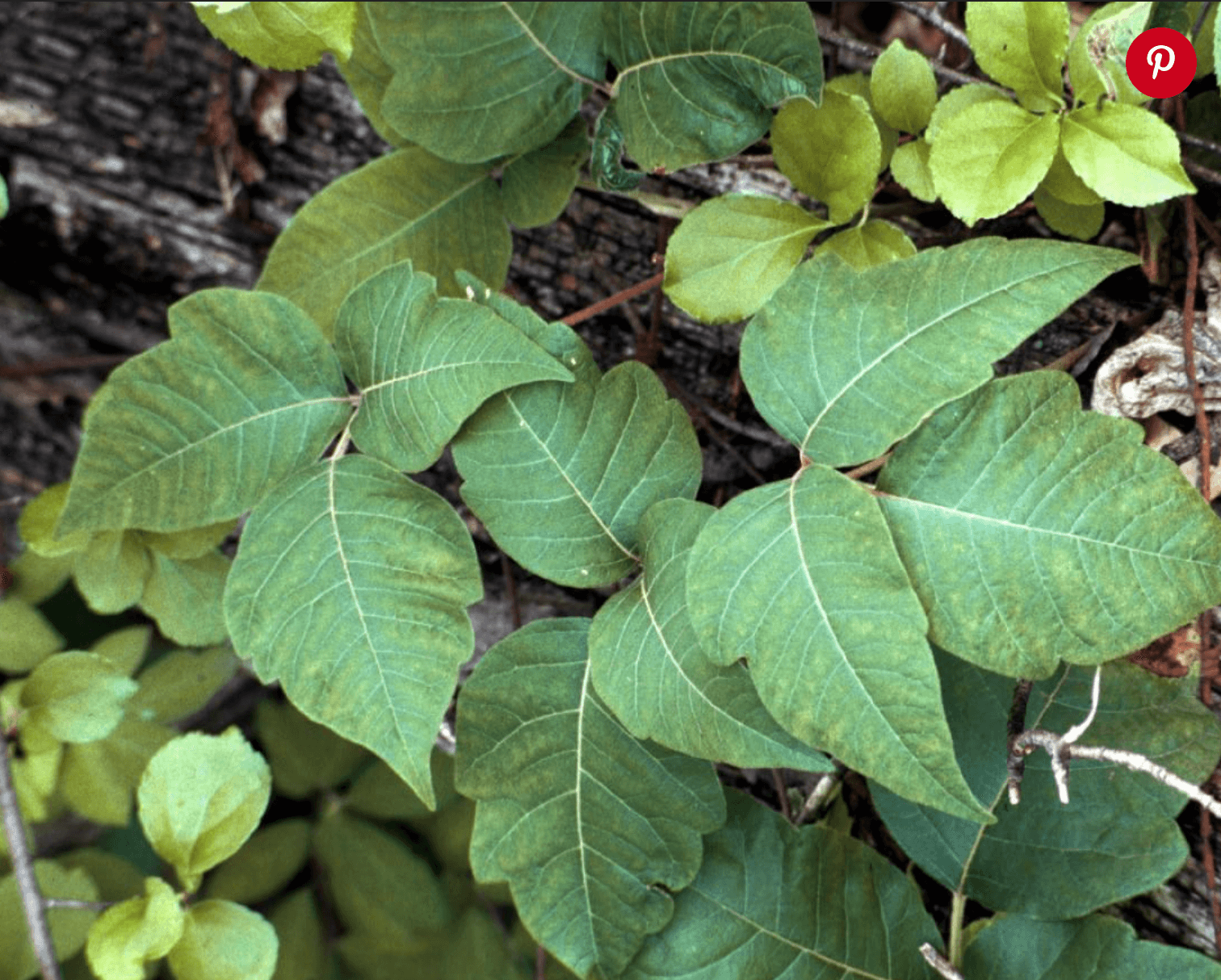 Did you know that there are hundreds of thousands of different types of plants and trees known to scientists? And that’s not including all the plants and trees that are yet to be discovered. Even more impressive, these plants are found worldwide and are all unique in their own way.

That’s the case with the boxelder tree and poison ivy plant. Especially in their younger years, these two plants share many similarities and are often difficult to tell apart if you have no training or experience. Don’t worry. We are going to help you learn the differences between the two plants.

So, is it a box elder tree or poison ivy?

If there’s one plant you don’t want to find near your home, it’s poison ivy. Direct exposure to this plant can cause an itchy rash that can be unbearable to deal with at times. And while the box elder tree looks extremely similar to poison ivy, it doesn’t share the same poisonous concerns.

Both of these plants tend to grow in the same places, which includes:

They’re both green, their stems have three leaflets, and the leaves have a similar shape.

What Is a Boxelder Tree?

Native to the United States, the boxelder tree is easy and fast to grow. It doesn’t require a lot of water. They can grow quite large, but their wood is rather weak and brittle, which means it doesn’t have much commercial value. They also aren’t the most beautiful style of tree.

Since there’s so much to learn about the boxelder tree, we’re going to detail everything you need to know, including:

So, without further ado, let’s get started!

Where do you find a boxelder tree?

Boxelder trees are native to the United States and you can find them anywhere in North America. They tend to thrive in USDA hardiness zones 2-9, commonly growing near river banks or other bodies of water. They prefer mild, cool, and cold regions, but they can grow in any condition.

In fact, their drought resistance makes them a popular maple tree option on the West Coast. Especially since it’s hard to grow other types of trees in the dry climate. Either way, there’s a good chance you’ll find this tree in your garden at some point. However, it’s considered a weed.

How does a boxelder tree grow?

The boxelder tree can tolerate most soils fairly well, including sand, clay, wet, and dry soil. However, they are rather sensitive to salt spray. On the other hand, they’re easy to grow and grow fast. Unlike other maple trees, there are both male and female boxelder trees, with the females bearing blossoms.

A boxelder tree normally grows from 25-50 feet high but can be found as high as 100+ feet. The crown spread grows anywhere from 25-45 feet, and the branches tend to droop, which means pruning is often necessary. In addition, there are multiple trunks, and the wood is very weak.

A boxelder leaf grows bright green, but that color usually fades into a dull yellow during the fall months. Each leaf has three to five leaflets and grows with an opposite leaf arrangement on the stem. They also produce winged samaras, which are commonly referred to as ‘helicopters.’

The leaves are an odd pinnately compound leaf type, a lobed and serrated leaf margin, a pinnate and reticulate venation, a deciduous persistence, and have a 2-4 inch blade length. Over time, the leaves will fall to the ground, which is why it’s viewed as a dirty, high-maintenance tree.

What is the boxelder bug?

The boxelder bug is one of the biggest reasons many people try to avoid boxelder trees whenever possible. They’re commonly are in or around boxelder trees. Those bugs are native to the western states.

Boxelder bugs are about ½-inch in size; they’re black with reddish markings, they have six legs, are an elongated oval in shape, and have antennae. While they don’t cause many problems in the garden, they can become an issue when they overwinter indoors and invade the home.

What Is a Poison Ivy Plant?

Poison ivy, also known as Toxicodendron radicans or Toxicodendron Rydbergii, is a plant found virtually everywhere. Unfortunately, it’s one of those plants that no one wants to find in their garden, around their home, or near their campsite. As a result, many people refer to poison ivy as the Devil Plant.

If your skin comes in contact with poison ivy, you’ll develop an itchy rash that can last anywhere from one to two weeks. This is because of the urushiol found in the plant, an oil found in other plants in the Toxicodendron family. It’s found in the leaves, stems, roots, and berries.

Every homeowner should be aware of this plant, especially since it could be growing near your home as we speak. However, due to how easily the symptoms spread, we’re going to detail everything you need to know about this plant so you and your family can effectively avoid it in the future.

Where do you find a poison ivy plant?

Believe it or not, poison ivy is found in every state in the United States, except Alaska and Hawaii. It’s most commonly found in the eastern and midwestern states but doesn’t grow well in areas of high elevations, such as those reaching 4,000 feet in elevation.

While it can be found on just about every continent, it’s not as common in other continents as in North America. They don’t grow well in deserts but grow well in wooded and marshy areas and disturbed land, rivers, lakes, and ocean beaches. Cities aren’t safe from poison ivy.

How do poison ivy plants grow?

Poison ivy is a unique plant that we can see in a variety of different forms. For example, it can grow as a small shrub, as ground cover, or even on a vine. That’s why you’ll often find poison ivy everywhere, even climbing up trees and in-between the cracks of a sidewalk in the city.

It can grow in a variety of climates and is a threat year-round in most places.

It grows a green vine in the spring and starts to show signs of buds and white flowers.

The next season, the flowers bloom into berries. Then, in the fall, the leaves change color. Then, when the winter has come winter, it disappears.

Each poison ivy leaf has three leaflets which are the main stem. The middle leaflet normally has a longer stem than the two leaflets on the side, which aren’t symmetrical. They can grow to be 2-6 inches long, and the leaves are normally twice as long as they are wide.

Poison ivy grows in an alternate leaf arrangement on the main stem, which means they grow on different stem nodes. The leaves can either have a smooth edge or a jagged edge. They’re normally green but turn red in the fall and disappear in the winter. There are also clusters of buds, flowers, and eventually berries as the seasons change.

Why should you avoid poison ivy?

There is a reason people call Poison Ivy the Devil Plant. If exposed to the skin, poison ivy can leave behind a dreadful rash that causes you to itch for one to two weeks. This can happen simply by rubbing up on the plant but can also spread from your pet’s fur, your clothes, or garden tools.

Poison ivy plant, as well as poison sumac and poison oak, produces an oil urushiol. It is the reason you get this rash. You can find this oil on the plant’s leaves, stems, roots, and berries.

At the end of the day, poison ivy and boxelder plants have a wide range of similarities. This includes where they grow, what they look like, and how they grow. With that said, they’re fairly easy to tell apart if you know what to look for in each plant. Luckily, we’ll share that with you.

Now that we’ve learned how to identify a boxelder plant from the very dangerous poison ivy plant, you likely have some other questions that are on your mind. Don’t worry; we’re going to share some answers to some of those questions you might have below. But, first, let’s take a look:

Don’t hesitate to reach out to us today if you have any other questions about the poison ivy plant, the boxelder tree, and how to identify one from the other. Although these plants might look the same, you must know the differences, especially identifying poison ivy. 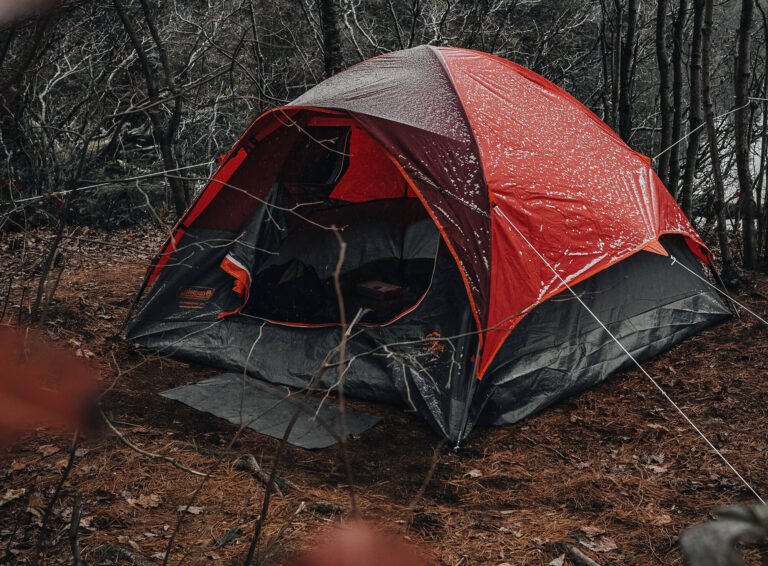 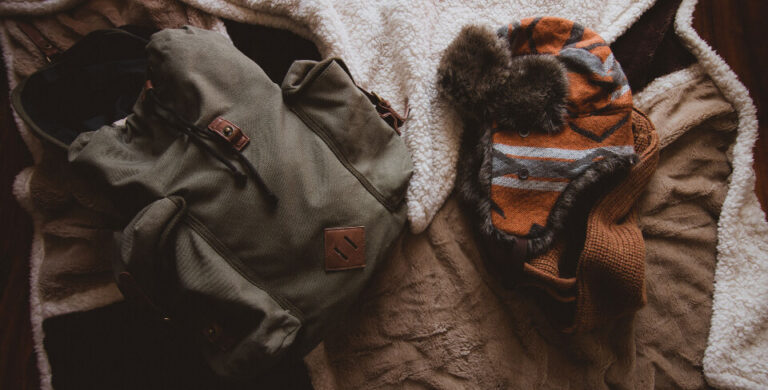 Whether you’re shopping for a new jacket, mid-layer for skiing, or camping blanket, you’ll have a wide range of materials to choose from. But, to find the right one for you, you must understand those materials and what makes them unique. Of all the materials designed to keep you warm, the most popular today are… 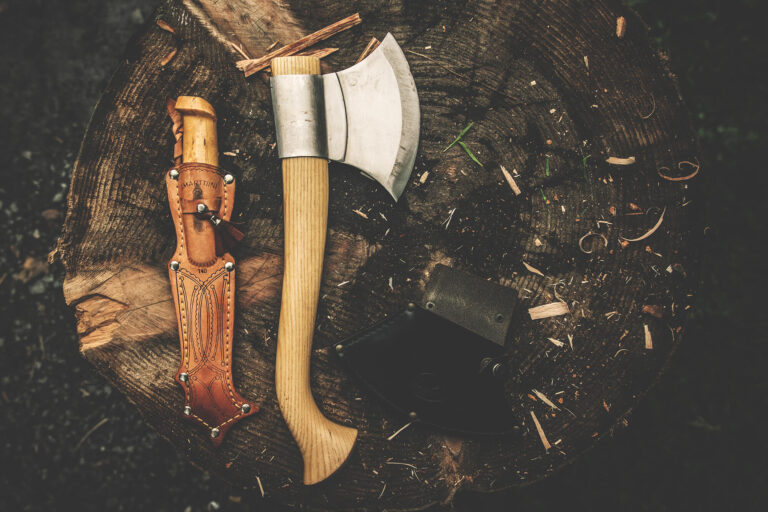 Axes, hatchets, and tomahawks are an irreplaceable tool for a survivalist or camper. While a knife can be used for some very basic and small wood processing, it doesn’t compare to an axe. An axe is the only survival tool that can fell a tree, chop and split thick logs, and do serious wood processing…